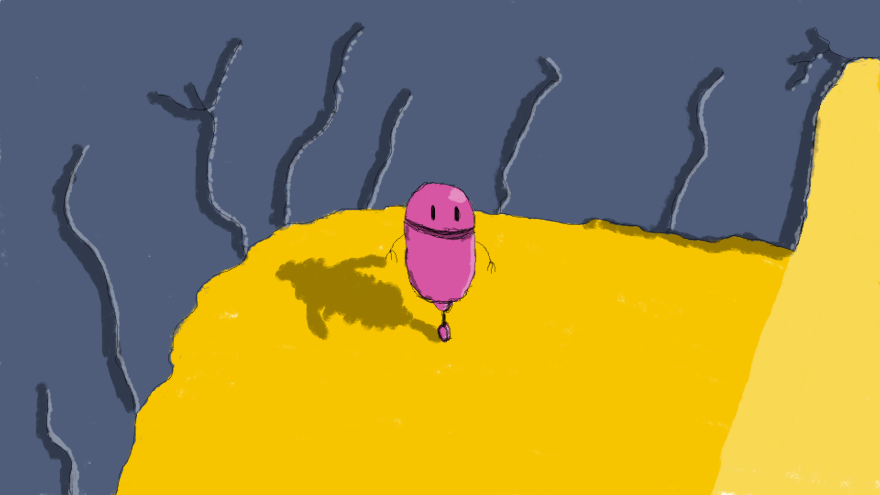 Carved in the wall of a desert cave.

I shit my brain out of my mouth and then took a picture.

In other news MEGAEGGZ_ROBOT_BRAIN has infuriated some people but others like it.

This is an owl. It is dead. It is naked. It’s okay I blurred it so it is not rude. Also it’s all different colours. My room doesn’t really look like that haha.

When our automata reach the level we consider life they will occupy a completely different space. Consider ants, they occupy a completely different space to us even if they are in the same place. They’ve been around a lot longer than us, they are extremely adaptable and live in many of the same places as us, probably including many we don’t.
We have built machines that are basically mechanised versions of life. Computers are machines we have built that can think in a way that we have difficulty with. We created them to fill a space that we can’t occupy.
I think films like Terminator are fantasies created for us. If you showed ants films about humans fighting with giant killer ants they wouldn’t be able to comprehend it and even if they did I don’t see how they would be interested. We’d have to make tiny ant TVs and make sure they sat down and watched it. They wouldn’t give a shit. They’d rather be doing ant things instead.
Imagine if we decided to go on a massive excursion to remove all ants from the world. What would the point be? We probably effect each other in ways we would never even know about.
You can’t say that humans have dominion over ants, or the opposite of that.
I think robots will have the same relationship with ants as people do.
I think ants have the same relationship with people as robots will.
I think people will have the same relationship with robots as ants do already because it is already happening.
And so on and so forth.
I don’t worry about robots fucking us over like we fuck each other over because they are completely different. Maybe they’ll even help out, without meaning to of course.
Humans, computers, ants.
Sound.
P.S You may dismiss this as the ramblings of a scruffy lunatic but I’ve got credentials in these matters god damn it.

WHAT YOU DOING DOWN HERE?